every visit ends with a smile

Request an appointment
Meet the Dentist 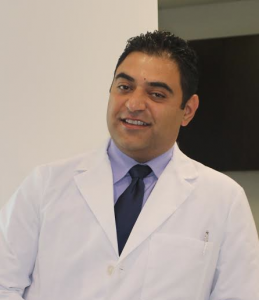 Dr. Vahagn Hakopyan has been a long and proud member of the Glendale and La Crescenta communities.

Having grown up and schooled in Glendale (Horace Mann elementary, Roosevelt Middle School, Glendale High School), Dr. Hakopyan would like nothing better than to serve and provide excellent dental care to this enclave of prosperity.

Having the opportunity to open his practice in the Montrose area, Dr. Hakopyan feels that it his duty to give back to the community that has given so much to him and his family.

Dr. Hakopyan  graduated from Glendale High School in 1999 and went on to UCLA for his undergraduate studies. He would eventually graduate with a bachelor’s degree in Psycho-Biology with and Armenian Studies minor in 2004. At UCLA, Dr. Hakopyan decided to devote himself to dentistry and the betterment of those around him. Upon graduation, he opted immediately to start dental school at the prestigious and extremely competitive NYU College of Dentistry.

There, the doctor was exposed to a great amount of clinical knowledge and experience as well as a rigorous academic curriculum. Graduating in 2008, although being offered numerous opportunities on the East Coast, Dr. Hakopyan felt that he needed to return home to Southern California. This is where he wished to be, with his family and community.

Patiently waiting for his licensure to commence, Dr. Hakopyan began practicing dentistry in 2008, all the while gaining invaluable knowledge through research and continuing education courses. Beginning August 2009, Dr. Hakopyan became a member of the BrightNow! Dental group of practices. Initially an associate dentist at their Burbank office, Dr. Hakopyan quickly earned the position of a managing dentist at the Lancaster. Afterwards the opportunity to relocate to Granada Hills, brought Dr. Hakopyan closer to home. It was during these years that the doctor contemplated opening up his own private practice. In Montrose he found an ideal location and situation. After many months of hard work and preparation, Verdugo Hills Dental Group was finally unveiled. This is where Dr. Hakopyan decided to build his career.

Verdugo Hills Dental Group is the embodiment of Dr. Hakopyan’s personality and philosophy. Modern yet warm and inviting, intelligent but grounded and humble at the same time, honest and with integrity, Dr. Hakopyan is ready to serve your dental needs.